As per Cap.622, companies could be of the following kinds whether they register company in Hong Kong online or by papers and paid the Hong Kong company formation costs:

Previously it was possible to formulate or register company in Hong Kong online with unlimited companies without share capital and simply paying the Hong Kong company formation costs, but it was seen in practice that there is not much demand for such companies and they are not being welcomed and thus no subsequent presence was seen, Cap.622 abolished formation of companies under this category. Like this, previously, companies limited by guarantee were often categorised as Private or non-private companies and now Cap.622 itself made it the category of companies and private or non-private is not a subject now, in this amended category. Like many complexities, predecessor Company Ordinance did not have the concept of “Public Company”, at that time company can either be a private company or other than a private company. Cap.622 introduced this distinction and term of Public Company along with Private Company, now under this Ordinance, Public Company is the one “Other than private companies or companies limited by guarantee”

Distinction between Limited and Unlimited Companies

If the responsibilities of the members for the company’s debts are constrained, then such companies would be called as Limited Companies.

As per the classic definition “for the companies limited by shares, the responsibilities of the members are limited to the amount, unpaid on the shares held by them, if any”. For instance, if price of one share is $100 then for the issuance of share to the specific person X, $100 must be paid, now if X has paid $100 and has no debt then, X is not responsible to pay further even if the company does not have much assets to pay to its creditors. On the contrary, if X has paid proportion of $100 and there is debt to pay, then he is responsible to pay further to let company pay to its creditors, even in this condition X do not need to pay, even a penny more than his share of $100, in total. In such companies share holders share the risk to lose a maximum for what they paid against, each issued share. It must be noted that most of the trading companies and business are limited by shares.

Under Section 9 of Cap.622, in this category, responsibility of the members is constrained to the amount which they have undertaken to contribute in the event of windup. For example, if member A has stated in the articles of association that he or she is responsible to pay $500 and in the case of liquidation, company does not have enough funds to pay its creditors, then each member is required to pay $500. Members of such companies does only have to pay during liquidation, if company does not have enough assets, otherwise they are not liable to pay any amount. Mostly non-profit companies or charity clubs form such companies, where company does not need to raise significant amount of funds for, company’s daily business.

Previous Companies Ordinance did allowed operations of company limited by both shares and guarantee but on the observation of SCCLR, that such companies do not really serve the purpose and of no such big use, amendment was carried out and now, Cap.622 abolished this concept and now there is no possibility to form such companies, however pre-existing companies that were formed before amendment, can continue to operate. 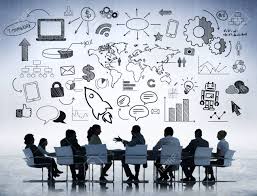 Under section 10 of Cap.622, in such companies, liabilities of the members for company’s debt is unlimited. Previous Companies Ordinance allowed formation of such companies but Cap.622 abolished their formation because there is no practical demand for unlimited companies without share capital and now they no longer be formed.

Differentiation between Private and Public Companies

Under Section 11 (1) of Cap.622, Private Companies are those, who confer following terms in their articles of association:

Implication of restriction on transfer of shares is of eminent importance, this restriction is found in the Model Articles or if company deems appropriate to constitute their own constitution then they can impose this restriction with the introduction of pre-emption clause in their articles of association to satisfy Section 11(1) (a) of Cap.622, according to this, whenever the shareholder deems to sell his or her shares, he or she must first offer these shares to the other existing shareholders in the company.

As per Cap.622, public company is defined as one “that is not private and not a company limited by guarantee”

It is learnt that Private Companies are less restrictive as compared to Public Companies such as, Certain accounting requirements does not apply to private companies, financial statements of private companies need not to be lodged to the Registrar. These restrictions may be imposed, since public companies have larger operations with more funds at stake. These type of Hong Kong company formations still have certain costs.