The great thing about frozen water ice is that when skaters skate across it they can glide right along without much resistance. The reason for this is that the water that the ice is made out of will melt just a little bit when the ice skating blades run across it. The heat from the friction gives the ice a natural lubricant so that the ice skates just breeze on across the surface like they were on air.

When it comes to synthetic ice, it is made out of a polymer-based plastic that allows for special, customized molecular manipulation and additives to bring forth a sophisticated piece of high-quality plastic that holds the elements of lubrication, UV ray protection, durability, and light weight. The way that the ice flooring is manufactured allows it to be as much like real ice as possible. When the ice skates glide across the surface the pressure releases particles of lubricant that is embedded within the ice panels that coats the surface and allows the skates to flow. So you don’t have to worry when you buy ice skates whether they’d work on synthetic ice. 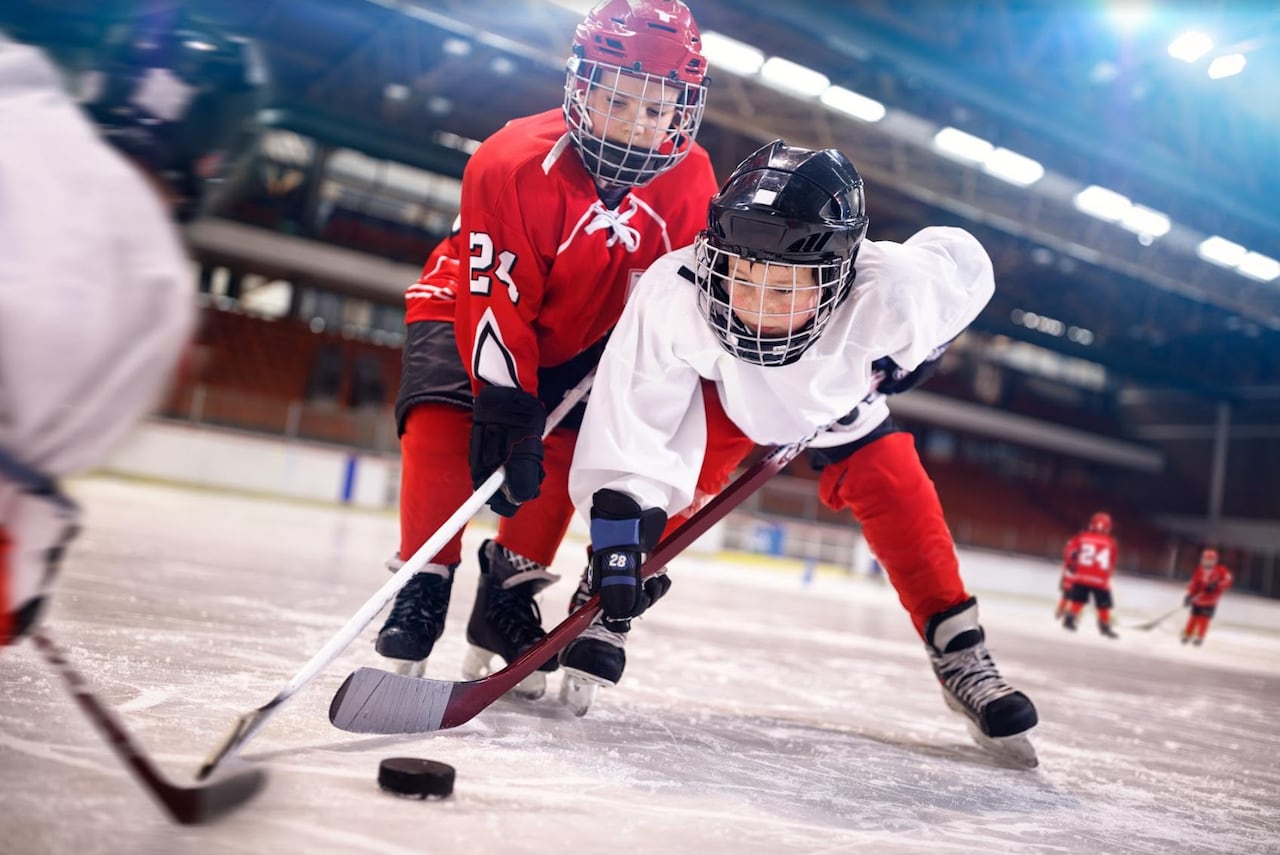 The Costs of Frozen Water

Frozen water ice rinks are nice for ice skaters, however, they are not cheap to run. Yes, in the winter months if it is already below freezing temperatures outside it is not hard to keep an ice rink frozen and maintained. However, if it is during the hot months and over 100 degrees outside, it takes a considerable amount of energy and resources in order to keep the rink cold enough to keep it frozen. Defending on the location of the rink and the surrounding costs of electricity in that area, it could cost thousands of dollars per week to keep the rink frozen. Not to mention all of the exhaust that comes from the cooling equipment adds to the already polluted air in the environment. The cost is more than just money.

It is easy to see that when people install synthetic ice panels or hockey tiles in their own homes, that they do not have to struggle with the costs of extra cooling systems or other cumbersome bills that the real ice rink would bring. All the people need to do is find a flat, hard surface to build the rink upon and start skating…just like that. Although there may be some issues with the factories that manufacture ice panels causing damage to the environment, the damage that running air conditioners nonstop is much worse. The cost to play hockey or any other ice-related sport is what the individual makes it. People prefer synthetic ice panels because they are generally safer for the environment, and much less costly to maniatin.

***Sniper’s Edge Hockey loves Canada! We proudly ship all of our products to Canada and offer the same return policies as we do for everybody else. We realize the exchange rates for the Canadian dollar are not the best right now, so we’re trying to help by giving you free shipping and no customs/duty.***