CEO and founder of JMK5 Holdings, LLC, Jerome Karam, developer extraordinaire, is among the most relevant real estate developers in Texas and South Louisiana.

He is a lawyer turned real estate developer. Before becoming a part of the real estate development game, Jerome Karam was a practicing attorney handling personal injury cases.  He represented hundreds of clients during that time.

His specialty lies in seeing worth in properties no one else will touch. He has a knack for snatching buildings out of the ruins and transforming them into lucrative businesses.

The portfolio of Jerome Karam is filled with old buildings that he has renovated successfully and transformed into viable real estate investments.

Under his leadership, JMK5 Holdings, LLC purchased large old structures that are no longer used for commerce or buildings that have been run so poorly that no one can fathom how to use them.

They work by breathing new life into outdated properties and restoring them to greatness. An excellent example of a project on which he has worked is the restoration of properties ravaged by flood water. He has developed the renovated Texas mall as well.

As a result of this and other products, Karam has become renowned as a master at seeing the solution instead of the problem.

Mall of the Mainland, now called Mainland City Center,  is one of the properties closed for a year before he bought it.

Several owners had previously attempted to rebuild the mall but were unsuccessful.  Now Mainland City Center houses College of the Mainland, the largest Worlds Gym across the globe, Booker T Wrestling School, the most extensive indoor entertainment facility in Texas, The Jungle nightclub, Restaurant Row, and The Marquee, which is an events facility for parties.  A state-of-the-art theater and Boujee Bowling will soon be added to the City Center.

In addition, Jerome Karam bought the Commodore Hotel in Galveston and the underdeveloped Falstaff Brewery. Each is in its development stages, with one becoming a stunning boutique hotel.  A section of the Brewery is currently open for business in the form of the events at the Tasting Room, an exquisite all-glass venue designed for parties, weddings, and corporate events.

Jerome Karam has mastered taking his projects out of the debris. That is the method used by the company to develop their business and put individuals to work. Being able to rebuild old structures and help generate jobs has helped the local economy thrive.

As a result of Jerome Karam and JMK5 Holdings, LLC, Houston has found itself among the most incredible places to live. Jerome Karam and his team have showcased several benefits gained via real estate developments.

Jerome Karam and his company are synonymous with real estate. Over the past ten years, they have transformed more than a million square feet of property in Louisiana, Galveston, Houston, and Texas.

Even though he has encountered opposition and other disputes during his development, Jerome Karam has persevered. He has transformed Houston City into being among the best places to live and conduct business.

Along with his real estate development company, Karam is working to transform the economic strength and structure of the area. He is working on the development of several upscale communities as well.

Jerome Karam is a devoted advocate of building community at various levels of society.  As a developer, Karam takes his role in community building seriously.

He is aware that redeveloping properties will assist in revitalizing neighborhoods and bringing new economic activities to an area.  In addition, this can help improve the quality of life for individuals living in these communities by creating new jobs and providing new services and amenities.

With each development, the goal is to go beyond expectations and boost the local economy by using goods and services from the local areas surrounding the project and bringing thrilling new experiences to the community.

The company relishes the task of revitalizing, developing, and injecting new life into a building that was once regarded as being beyond repair. 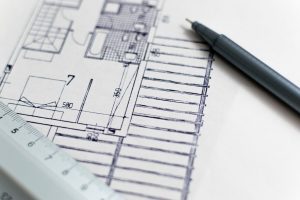 Through the leadership of Jerome Karam, JMK5 Holdings LLC retains local contractors for their renovation projects all the time. Whenever required, the company also brings in exogenous experience, which has had a tremendous benefit on the community.

Jerome Karam, a developer, is also aware of the possible impact his projects could have on the community. For instance, he knows that if he is not careful, the project could be disruptive to residents and existing businesses.

In addition, the project could create or speed up the pressures of gentrification that result in increasing rents and the value of properties.

Karam knows that developers should consult with local stakeholders and the community to make sure their projects align with the vision and needs of the community.

Jerome Karam has been involved in real estate development for quite some time and appreciates the role a developer has to take in building a community. There is a possibility that taking over a big building could impact multiple blocks.

Jerome Karam attributes his success and that of his company to purchasing property at a great value so that, even after renovations, he can provide mom-and-pop operations with affordable spaces to rent.

In addition, he believes that as long as he can, he would rather own and operate the businesses himself. His strategy for employing individuals has always involved hiring locally, giving individuals a second chance, and looking for employees with pride and heart.